Department of Visual Communication organised a Workshop – Story telling in 10 minutes.The session was about “story telling in 10 minutes”. The resources person Mr. Arun Karthik is an International Film award winning film maker. He started the session by explaining the fundamental units of a movie like shots which express a meaning during a period. He showcased some of the videos related to this topic. He screened first motion pictures ‘My bridge experiment’ followed by session of notes for the students.

“Moving train video” which is the first video taken by the video camera also screened. He explained about the persistence of image, that is how our eyes captures an object. He also screened the first short film taken by a French magician. The videos and the explanation which was given by him was very useful. He gave a clear picture about the fundamentals of movies. 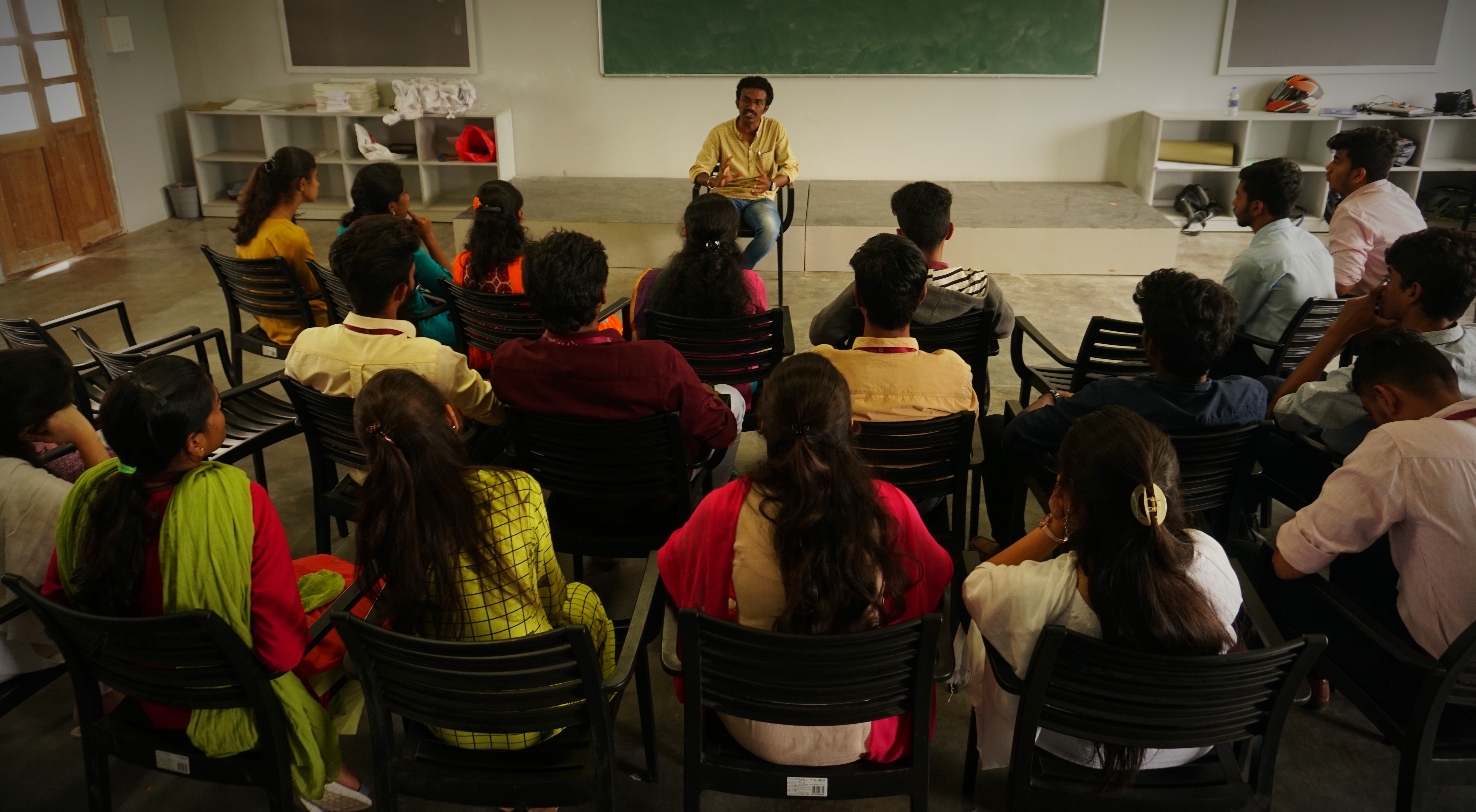