The session was based on the basic ideas of Statistics and its role in business decision in an intelligent way. Different situations in which business personals have to focus on were discussed. The role and importance of standard deviation in hypothesis testing over mean was clearly explained. Correlation between different aspects of life for major analysis and interpretation and also regression coefficients in business trends were focussed.

Time series analysis played a major role and is a trend setter in various business successes as aadi sale is a most suitable example. Seasonal variations made people to produce optimum amount of products based on seasonal requirements. 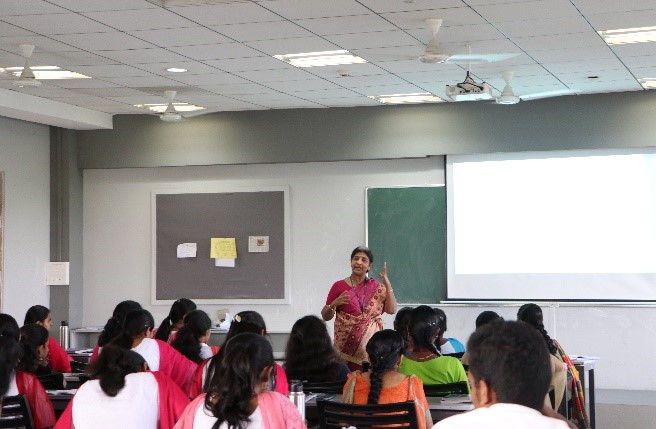 Different types of index numbers were discussed. Cost of living index plays a major role in deciding about the increase in Dearness Allowance based on increase in the cost of commodities. Students effectively involved in listening the contents as it is highly informative.