The guest then took over the session. He started the session by saying about his journey from a political science student to a President of a Panchayat briefly. He then began explaining about the works that are undertaken by the Panchayat. He explained clearly from laying roads to constructing libraries, from providing healthcare service to taking care of sanitation, the panchayat ensures that the people are provided with the basic necessities. The importance of Panchayat and its vital role for the grass root development of the society were the main topic of discussion. 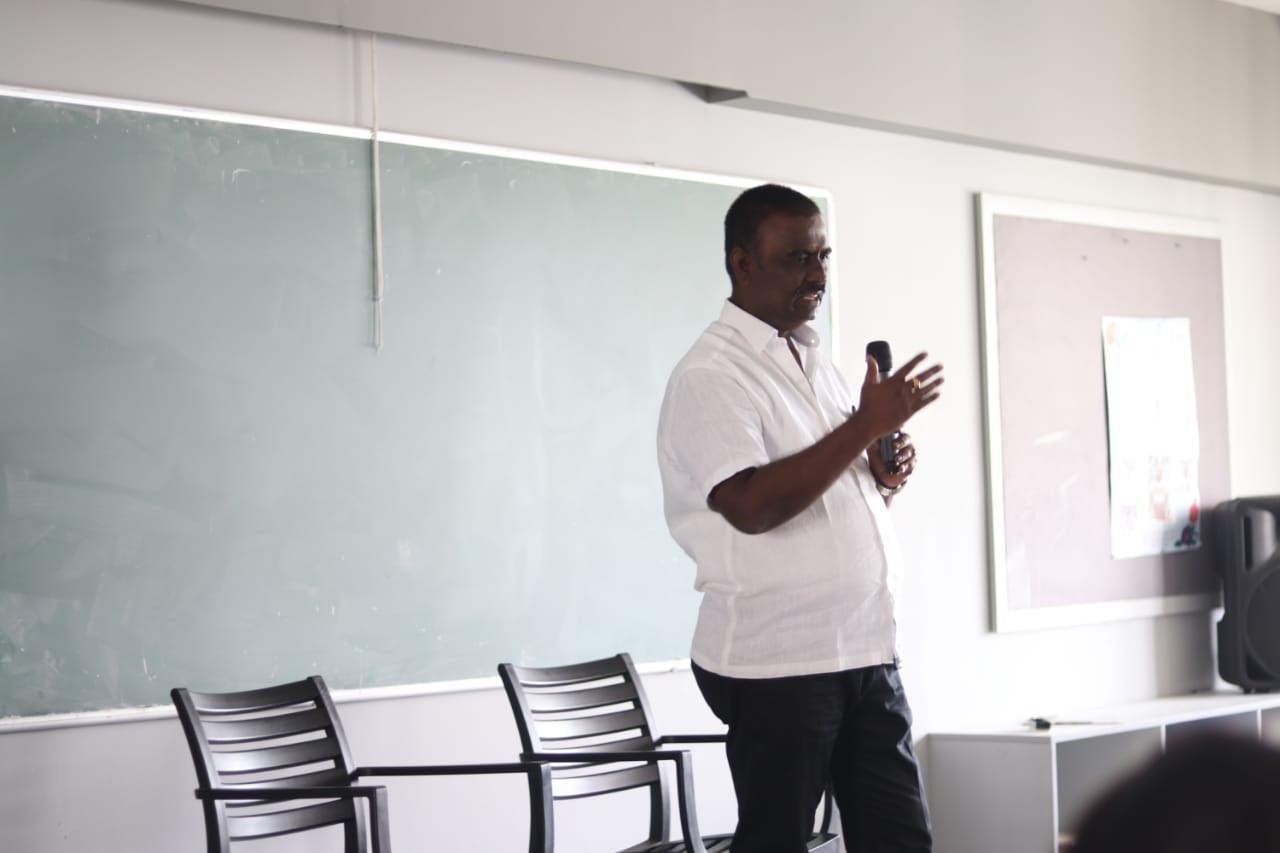 The second part had the guest answering the questions put forward by the students. He made the students understand the responsibilities of a Panchayat Leader and the election procedures in becoming one. He said how he being a social worker ended into this field of politics with the support of all the parties. He described the structure of office of Panchayat system. The role of an IAS officer in Panchayat administration was also mentioned in his lecture. He explained about the functioning of Gram Sabha and how it helps in solving issues and providing better services to the people. The duty of a VAO in a village was briefly described. The session ended with a vote of thanks by Mr. Rithik Sanjay, the Student Coordinator for the guest talk.