Department of Visual Communication has organized a guest talk on wild life film making. Mr.Karthick, wild life film maker shared his fantastic experience in the New Zealand Island. He screened his first documentary called Sniper which was all about an endangered penguin species in New Zealand ad a well-trained dog named sniper which finds out the penguin species and its nest and points the direction to its master and he also explained about the difficulties faced while he was filming it and also he said about how they track the birds with the camera traps. The movie sniper received more than 5 awards. His experience and knowledge about the wildlife has impressed every listener and gave the impact. 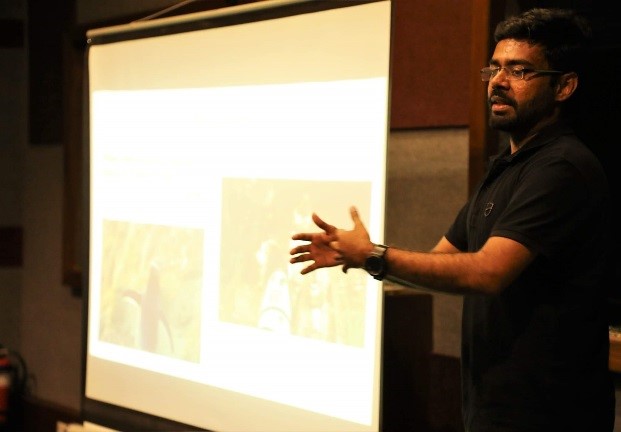