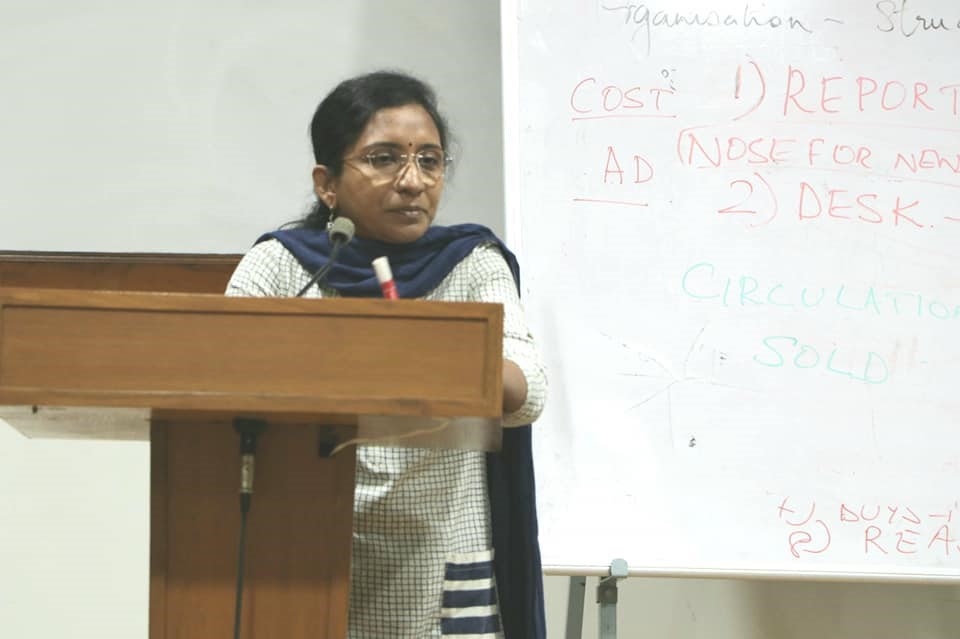 The second part the guest explained about the organization of the newspaper. How a newspaper is created, the process involved in reporters collecting the news , editing, printing and the final stage of newspapers reaching the readers. It was a comprehensive coverage of the whole process behind the creation of a newspaper.

She then answered the different questions raised by the students. She explained about various advertisements, the difference between circulation and readership. The students got a very clear understanding about the full functioning and the process behind the creation of a newspaper. The session ended with a vote of thanks by Mr. P. Shanmugam, head of department, Political science.