Dr. Vijila Edwin-Kennedy is a distinguished academician and an able administrator, who currently holds the position of the Principal of Kumaraguru College of Liberal Arts & Science. Being the Founding Principal, she brings a blend of scholarship, professionalism, administrative competence and Integrity. She has a proven track record of being a visionary and an excellent administrator which has made her to excel in Institution building.

Her leadership and academic excellence enabled her to win several awards. For her excellent and meaningful engagement with academia she was awarded the Fulbright Scholarship in 2017. She is also the recipient of UK-India Education Research Initiative scholarship in 2013 for faculty mobility. As an acknowledgment of her outstanding contribution to education and youth, she was invited to Helsinki, Finland by Euro-Brics Youth forum in 2015. She was also invited to present a paper in the ABBS conference in Moscow. She has also won several Awards for her leadership and academic excellence – Dr. Radhakrishnan Award for Excellence in 2017, Awards for publications in 2013, 2014 and the Best Teachers Award in the years 2008, 2009, 2010.

Dr. Vijila Edwin-Kennedy is a leading educationist in the field of Management and has contributed in several capacities. As a professor in Business School and later as Director, she has lead several path-breaking and progressive initiatives in curricula, teaching-learning, research and collaboration with the Industry. 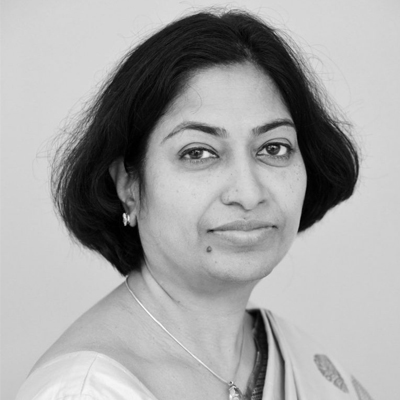 She revitalized KCT Business School as the Director between 2011 to 2017 and she drove growth by tripling the students’ enrollment and propelled the school to be in the top 100 institutions in India through her vision, appropriate interventions, innovations and invigorating culture. She being an accomplished behavioral science expert, has lead many Management Development Programs, Training programs and consulting for Industry, social organizations and community.

She took additional charge as Director on International Partnerships in KCT between 2016 -18, and spearheaded partnerships with leading universities in UK and US which enabled student mobility. She also initiated internationalization of the campus through student and faculty exchange. With her passion for developing the academic fraternity, she pioneered KCT Learning and Development Academy and as the Director from 2016 to 2018 she was instrumental in setting up a vibrant learning centre for faculty. As a member of the CII Education Panel, she has contributed in building the educational aspirations of the region.

Driven by her to serve the community, through social organizations she is engaged in several initiatives and projects to for the upliftment of women, safety of girl child and inclusive education for the marginalized sections.

As a person of leadership abilities and trustworthiness, Dr. Vijila Edwin-Kennedy works towards transforming higher education and achieving new heights both for the institution and her personal career. Her commitment, integrity, focus, confidence and openness has inspired many students and academic fraternity.