Dr. B.K.Krishnaraj Vanavarayar, born in an aristocratic family from Pollachi qualified himself as a Barrister and later entered business. The high ideals of Swami Vivekananda and Mahatma Gandhi had a profound impact on him. He was responsible for erecting a life size bronze statue of Mahatma Gandhi in his home town, Pollachi. B.K.Krishnaraj Vanavarayar has served in the Management Committees of many leading schools and colleges and worked for making values an integral part of the curriculum. In recognition of his contribution to the field of education, B.K.Krishnaraj Vanavarayar was nominated to the Syndicate of Bharathiar University, Coimbatore which he served with distinction. At present, he is the President of NGM College, Pollachi.

As one connected with the Textile Industry, he was chosen to lead the Association representing industry, at the Regional as well as National level. The Government of India sanctioned over $150 million to The Cotton Technology Mission on account of his initiative. As Chairman of The Indian Cotton Mills’ Federation, New Delhi, he was instrumental in preparing the Vision Statement for the Textile Industry which was released by the Hon’ble Union Finance Minister, Sri P. Chidambaram.

Besides business, B.K.Krishnaraj Vanavarayar takes active part in the promotion of the cultural heritage of India for upholding peace and harmony among various religions and cultural groups. 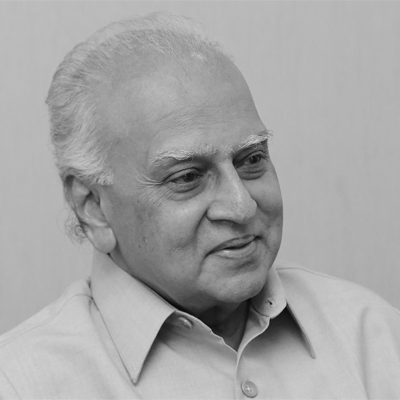 As Chairman of the Bharatiya Vidya Bhavan, he remains committed to preserve and propagate the ancient wisdom of India. As Chairman of Divyodaya – an organisation established to initiate inter- religious dialogue – B.K.Krishnaraj Vanavarayar has worked for preserving the unique pluralistic culture of India. He is a prominent leader of the Rotary Movement and has worked for universal peace and brotherhood. In recognition of his global perspective and secular credentials, B.K.Krishnaraj Vanavarayar was invited by Pope John Paul II to attend the Day of Prayer for Peace in the World held at the Vatican, Italy, during January 2002.

He was awarded the Degree of Doctor of Laws (Honoris Causa) by Sri Avinashilingam Deemed University, Coimbatore, in 1999 in appreciation of his social work in line with the Gandhian ideals. Sri Ramakrishna Mission, Coimbatore awarded him the Vivekananda National Award for Excellence on 4th February, 2006